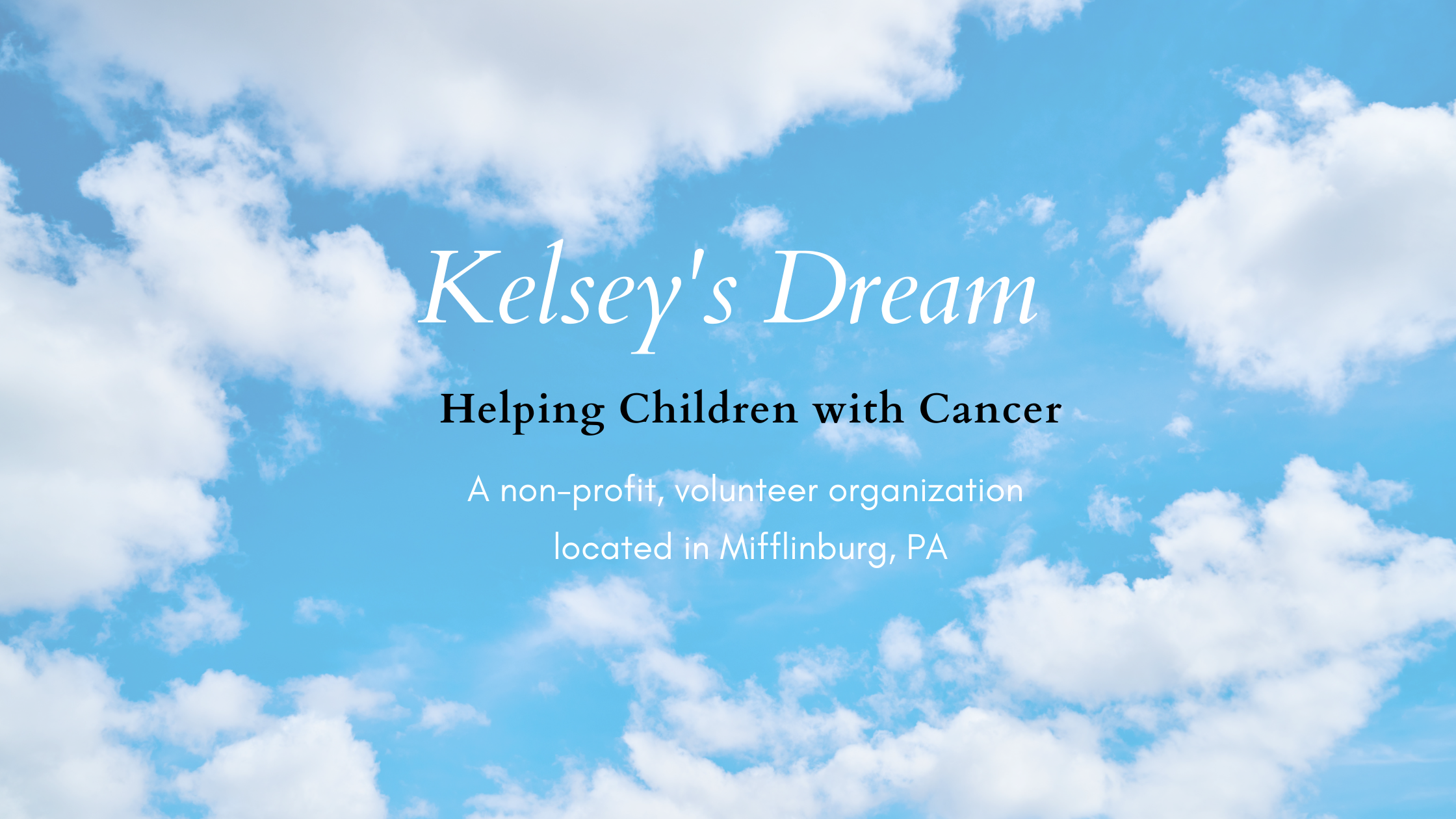 Kelsey’s Dream envisions a giving community that honors Kelsey’s life and fulfills her dream. Kelsey was always an inspiration and in honor of her, we would like to make life a little brighter for children with cancer and children in need through community involvement. 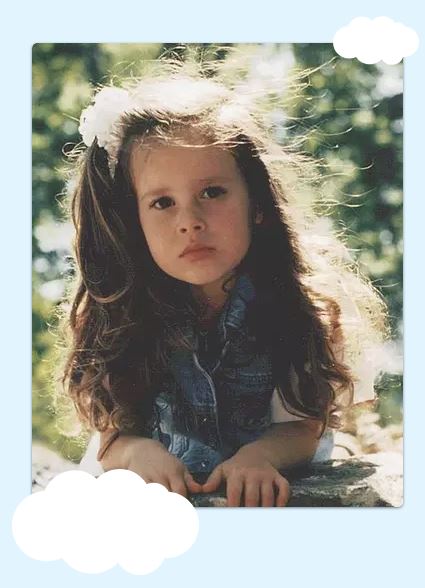 Kelsey was a young girl who was diagnosed with ALL Leukemia a month before her 5th birthday. For 2 ½ years, she went through Chemotherapy at Geisinger. After she completed her 2 ½ years of treatment, she then relapsed when she turned 9 years old.

A stem cell transplant was needed and luckily her sister Kylie was a 100% match. She had a Stem Cell Transplant at the Children’s Hospital of Philadelphia. Kylie's courageous donation extended Kelsey's life by 2 years. Kelsey passed away on November 1st, 2005.

Kelsey loved school and was involved in Ballet, Tap, Jazz, soccer, piano, basketball, and softball. She even participated in the Nutcracker in Williamsport. She was motivated and determined to make the most of her life and now her family and friends are keeping her memory alive through Kelsey's Dream. This local organization located in Mifflinburg, PA helps children battling cancer not just locally, but nationwide by collecting donations via sponsors and hosting events.

How your donations make a difference

Not only will your donation help provide childhood cancer patients with a Hopper the Cancer Crusher, but it will also help support other programs such as the ones listed below:

Snack Pack Program - Kelsey, the inspiration behind Kelsey's Dream, used to prepare for long days of lab work and chemotherapy by packing a backpack full of snacks and juice boxes. With the support of our fundraisers and donations, Kelsey's Dream's Snack Pack Program is able to deliver a truckload of snacks every three months for patients to enjoy during long days of appointments.
Angel Tree - The Salvation Army's Angel Tree Program is a favorite holiday tradition! Angel Tree provides holiday assistance to needy children in the form of brand-new toys and clothing each year. Kelsey's Dream has been able to sponsor more and more children each year through this amazing program because of our donations and fundraisers. To sponsor a needy child in our area, contact the Salvation Army in Milton, PA 570-742-4231
Camp Dost - In 1983, the Danville Ronald McDonald House initiated Camp Dost, the first summer camp in Pennsylvania for children stricken with cancer. Camp Dost was founded on the philosophy that every child deserves the chance to experience the challenges and rewards of summer camp. Kelsey's Dream has a personal connection to Camp Dost because Kelsey and her sister, Kylie, were campers. Kelsey's Dream funds the Camp Dost t-shirts every year for campers and staff, freeing $1,200 of funds to be used on other camp programs. We also supply water bottles, handmade blankets, and a surprise on the bed of every camper for when they arrive.
Kelsey's Playground - One year after Kelsey Kuhns passed away, her classmates at the Mifflinburg Area Middle School chose to honor her by proclaiming November 1st, Kelsey Kuhns Memorial Day. Along with Kelsey’s mom, Tina, and her younger sister, Kylie, the students sold wristbands and T-shirts, imprinted with an image that Kelsey designed for the Children’s Hospital of Philadelphia, for people to wear on the anniversary of her passing. Tina asked her youngest daughter to decide what the proceeds from the sale should be used for, and 10-year-old Kylie chose to build a playground for the Mifflinburg Intermediate School. The family felt it would be in Kelsey’s heart, too. Kelsey was a student in the district before she lost her battle with cancer, in 2005. She was a sixth grader at that time. Family and friends wanted to keep her memory alive. The school just opened in 2006 and did not have a playground for the students. With everything in place, they waited for a warm, dry day to place the equipment at the site. That day came on March 14, 2007. Two signs were placed at the entrance of the playground to share Kelsey’s story. One sign was imprinted with Kelsey’s picture, some of her artwork, and a message she wrote to the American Cancer Society. This message by Kelsey encourages others to stay strong, no matter what, and never give up. The other sign displays a picture of Kelsey and Kylie along with a letter from Kylie explaining why she chose to build the playground. “Kelsey’s Playground” is located behind the intermediate school. The school now has a series of climbing walls and a toss-up that would be the envy of any community. Thank you to the local Boy Scout troop for their help in placing a whole tractor-trailer load of wood fiber (mulch), under the playground. For those who were involved with the project, it was a labor of love, a way to keep Kelsey’s memory alive. We hope that the playground is more than just a place where people come to play. We want them to remember Kelsey, keep her in their heart and keep her spirit alive like we are trying to do with this project.
To learn more, visit kelseysdream.org
Or email at kelseys.dream.mail@gmail.com if you have any questions pertaining to the organization.
local_florist
Roupp Funeral Home
| 8594 Old Turnpike Road
| Mifflinburg, PA 17844
| Tel: 1-570-966-2402
| Fax:
|
Roupp Funeral Home
| 8594 Old Turnpike Road
| Mifflinburg, PA 17844
| Tel: 1-570-966-2402
| Fax:
|

All Obituaries
Hugs From Home

A year of daily grief support

Our support in your time of need does not end after the funeral services.  Enter your email below to receive a grief support message from us each day for a year.  You can unsubscribe at any time.

Opt-in to our NEW text messaging service. Be in the know for upcoming events like free coffee Friday, yoga on the lawn, and events in our community!